The lines have fallen for me in pleasant places; yea, I have a goodly heritage.

Rachael became a permanent member of our family the day her mother died of alcoholism. At only four years old she had already seen its immediate and long-term effects. From the time I picked her up the day her mom died,  my primary goal became protecting Rachael however I could.

When Rachael came to live with us,  it was only mine and Tom’s family, my sister, Nancy’s family,  our respective in-laws, and Mama. Rachael never  knew her mother’s parents, nor her siblings until  her mom’s funeral.

Rachael hungered for family.  We all did the best we could. More than ever, I missed the tangible love and support of our extended family over a thousand miles away. It took hopes for a better (more financially secure) life to bring Mama, Daddy, and we three kids up north over twenty years earlier. 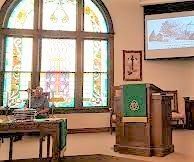 The very next year, Tom’s family was devastated when his dad passed away. Rachael had only begun to get attached to Grandpa, but she was also stunned. Sadly, over the next few years, our combined families lost several members. We lived in a very small town, and even the loss of church family members hit us hard. After the funeral for Tom’s dad, I began to shuttle Rachael to Mama or friends when there was a death. I thought I was protecting her from further pain and loss.

It wasn’t until Rachael was eleven or twelve that she told me it hurt her that I “sent her away” during our times of mourning. By then she was old enough to understand when I told her I thought it would be less painful for her. She calmly said that it hurt her in a different way…and she missed out on all the great family stories we had after each funeral. Rachael felt left out. 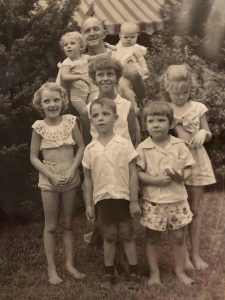 I am a very blessed woman and didn’t think I took the “lines” of a “goodly heritage” for granted. There was never any doubt that Mama and Daddy, Nancy and Buddy (our brother) loved me. Granddaddy loved me. Assorted aunts and uncles and cousins loved me. Even though we moved half a continent away when I was eight years old, I already had the warmth and security of knowing I was loved.

(That’s my precious Granddaddy in the back. I’m the curly blond on the left in his arms.)

The conversation with Rachael flipped my world. I had never seen things from her perspective. She showed me that family is so much more than a Norman Rockwell Thanksgiving painting. Family is showing up and hanging on when there is loss or grief of any kind. Family knows humor can ease many hurts, and provide a happy shared memory in the midst of pain.

Dearest Reader, I’ve learned that families come in all sorts of varieties, and sometimes aren’t the people in your house. I’m so sorry Rachael had so much pain so early in life, but I will always be thankful that she taught me just how precious “family” is, whatever it looks like. My prayer for you, Dear Reader, is that you will know, beyond a shadow of a doubt, the warmth and security of knowing you are loved. And my prayer for your family and mine is they will know and be blessed by “goodly heritages”. 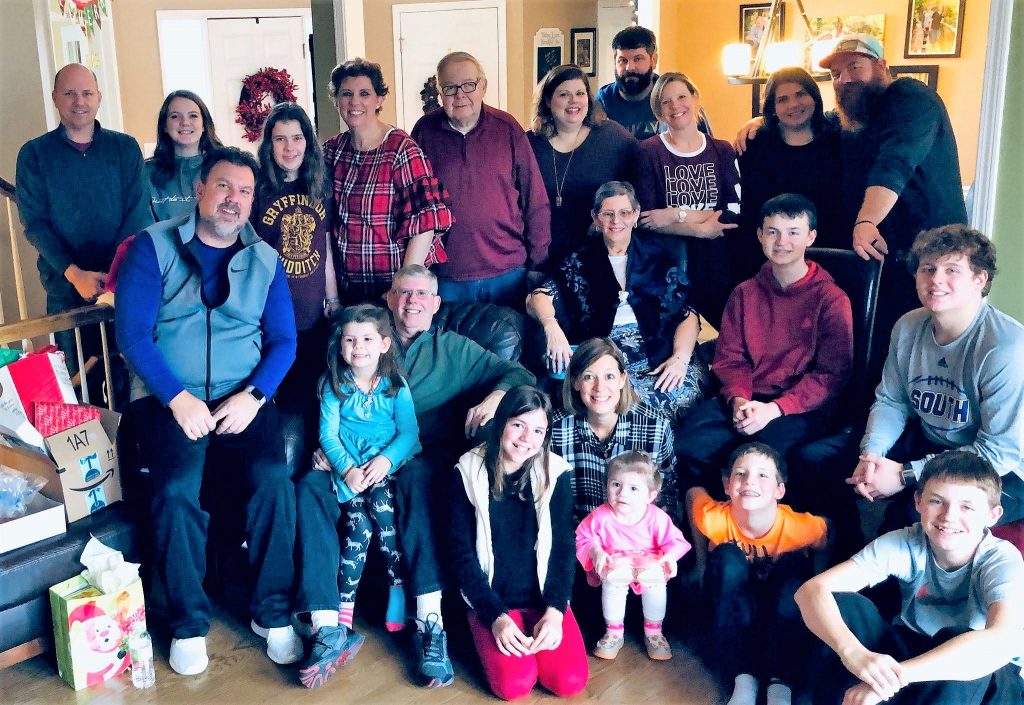 A few more than the carload of five that moved “up north”, but still laughing and loving on each other.

This site uses Akismet to reduce spam. Learn how your comment data is processed.